The Mechanics of Claims and Permissible Killing in War 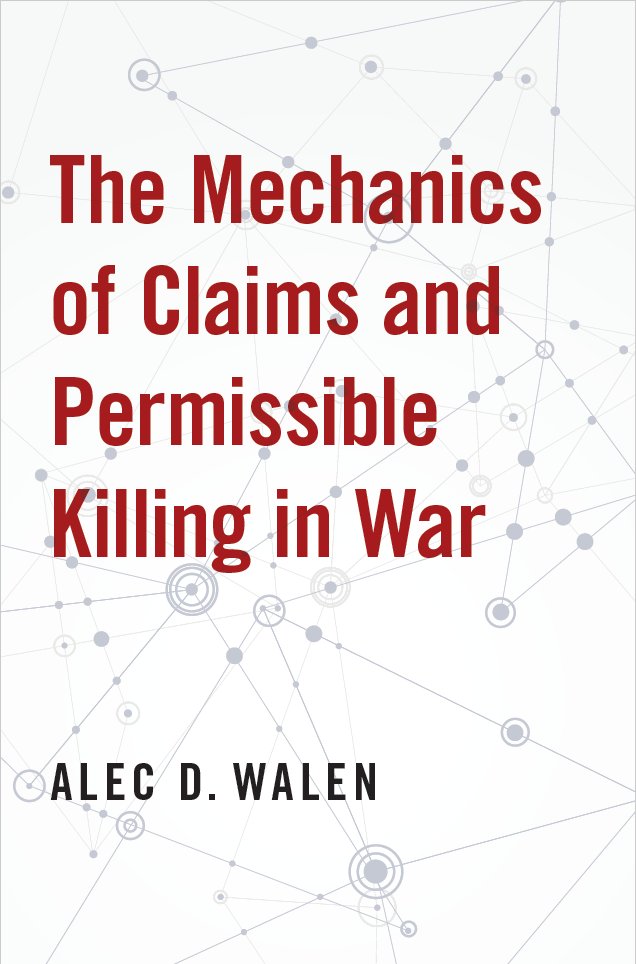 According to the dominant account of rights, there are two ways to permissibly kill people: they have done something to forfeit their right to life, or their rights are outweighed by the significantly greater cost of respecting them. Contemporary just war theorists tend to agree that it is difficult to justify killing in the second way. Thus, they focus on the conditions under which rights might be forfeited. But it has proven hard to defend an account of forfeiture that permits killing when and only when it is morally justifiable.

In The Mechanics of Claims and Permissible Killing in War, Alec D. Walen develops an alternative account of rights according to which rights forfeiture has a much smaller role to play. It plays a smaller role because rights themselves are more contextually contingent. They systematically reflect the different kinds of claims people can make on an agent. For example, those who threaten to cause harm without a right to do so have weaker claims not to be killed than innocent bystanders or those who have a right to threaten to cause harm. By framing rights as the output of a balance of competing claims, and by laying out a detailed account of how to balance competing claims, Walen provides a more coherent account of when killing in war is permissible.